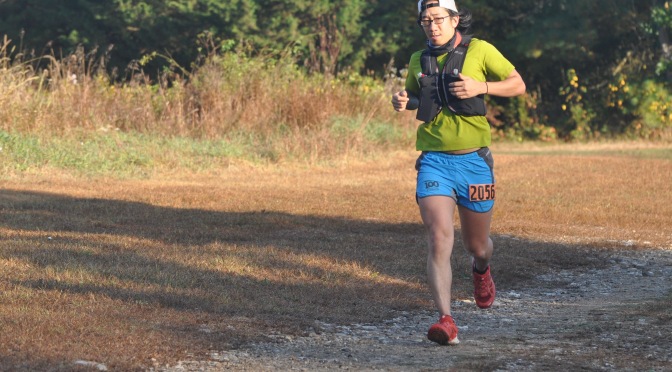 The Trail Animals Running Club’s return to trail racing took another step forward today with the announcement that registration is now open for the TARC Fall Classic.

END_OF_DOCUMENT_TOKEN_TO_BE_REPLACED 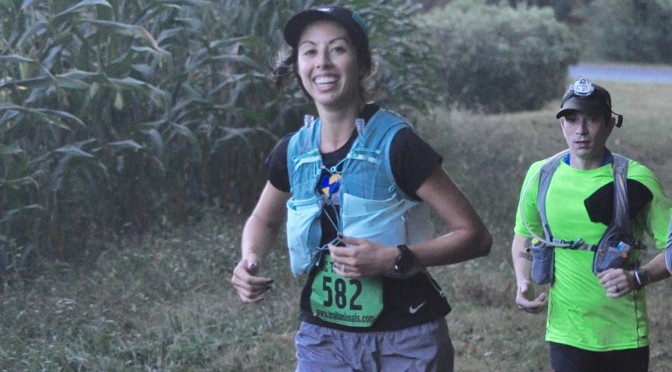 Gone were the 49-degree temperatures that chilled runners as they huddled at the starting line. In their place were sunny skies, lots of sweat and a 70-degree morning that evolved into an 80-degree afternoon. It made for challenging conditions on a day where many in attendance were likely eager to enjoy the cooler comfort that late September typically brings to New England. Several runners withdrew as the day progressed, but many persevered and some had breakthrough performances. The Fall Classic’s 10-mile loop course is designed to be fast with its good footing and rolling hills, and this year’s 50-mile and 50K ultramarathons didn’t disappoint. END_OF_DOCUMENT_TOKEN_TO_BE_REPLACED 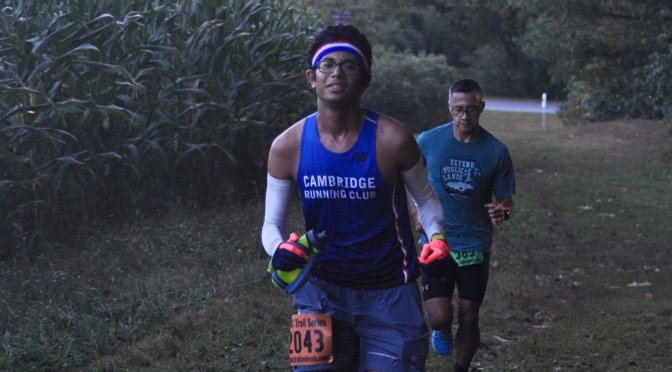 All eyes were on Patrick Caron when the 50-mile runners stepped to the starting line of the TARC Fall Classic on Saturday, Sept. 29, at Great Brook Farm State Park in Carlisle, Mass. The attention was understandable, and well-earned. Caron made his ultramarathon debut on this course in 2015 when, at age 18, he raced to a second-place finish. That year it took a course record by Billy Preston (7:52:53) to keep Caron from victory. Caron has returned each year since then, and each time he has bettered Preston’s mark with a new course record. END_OF_DOCUMENT_TOKEN_TO_BE_REPLACED

Deirdre Lowe is just a few short weeks away from having her legs take her into unknown territory when she tackles her first 100-mile ultramarathon, the Ghost Train 100, on Oct. 21-22 in Brookline, N.H.

Patrick Caron knows the Ghost Train experience plenty well. He delivered an electrifying performance at the 2016 race when he finished 100 miles in less than 15 hours – one of the year’s fastest efforts by an American runner at that distance. Not satisfied with his frighteningly fast time, Caron will join Lowe at the starting line for another ride on the train.

Both Lowe and Caron will head to Ghost Train with momentum at their backs and confident performances on their legs thanks to dominant efforts at the TARC Fall Classic on Saturday, Sept. 30, at Great Brook Farm State Park in Carlisle, Mass. Caron ran away from the field, defended his title and in doing so broke his own course record with a winning time of 6:58:11. Lowe raced to a third-place overall finish, earned first place among the women and established a new women’s course record with a time of 8:51:50. END_OF_DOCUMENT_TOKEN_TO_BE_REPLACED

It took a record-setting performance to deny Patrick Caron the victory in the 50-mile race at the TARC Fall Classic in 2015.

Caron wouldn’t be denied the victory two years in a row. END_OF_DOCUMENT_TOKEN_TO_BE_REPLACED