WESTWOOD, Mass. – The To Hale and Back 6-Hour Ultra was born of the best intentions. Specifically, those intentions were to avoid the snow.

Originally known as the Spring Thaw and held in mid-March, the Trail Animals Running Club’s season-opening event enjoyed a few years of seasonably good weather. In 2015, however, a late-winter snowstorm pummeled Massachusetts for weeks on end. When all was said and done, more than seven feet of snow had fallen, and runners at the Spring Thaw found themselves at times a foot or two above the actual trail because the snowpack was so thick. Following that year, the Trail Animals pushed the race back a few weeks, changed venues from Andover to Hale Reservation, and rebranded as To Hale and Back with hopes of benefitting from a legitimate thaw. END_OF_DOCUMENT_TOKEN_TO_BE_REPLACED

While many of Massachusetts’ ultrarunners were racing or volunteering or racing at the To Hale and Back 6-Hour Ultra on Saturday, March 24, in Westwood, Mass., a few ventured beyond the Bay State and took on races in New Jersey, Virginia, and Maryland. Most notably, a pair of women – Kehr Davis of Great Barrington and Amy Rusiecki of South Deerfield – brought home victories from tough mountain races. We have it all covered in this week’s roundup. END_OF_DOCUMENT_TOKEN_TO_BE_REPLACED

The third annual To Hale and Back 6-Hour Ultra took place Saturday, March 24, at Hale Reservation in Westwood, Mass. The following photos are a small sample of the collection of pictures taken during the race. A full 278-photo gallery can be viewed on the MassUltra Facebook page.  END_OF_DOCUMENT_TOKEN_TO_BE_REPLACED 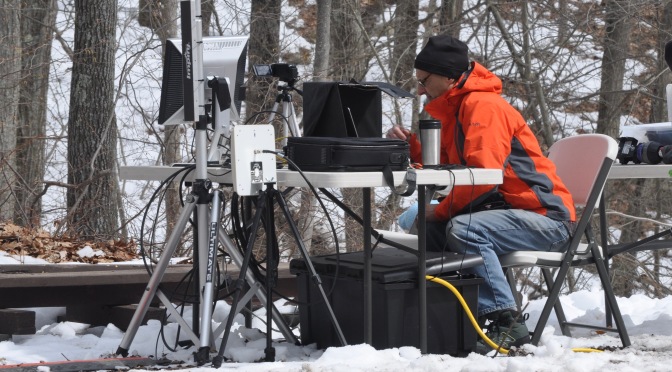 With the exception of the Cape Cod Frozen Fat Ass 50K in January, the ultramarathon season has been quiet in Massachusetts so far in 2018. That will change on March 24 with the opening of the Trail Animals Running Club’s race series at Hale Reservation. In the meantime, one Bay State resident hit the road on the weekend of March 17-18 for an out-of-state ultra. Nantucket’s David Desnoyers traveled to North Carolina and hammered out a top-10 finish at the Badwater Cape Fear 50K. He gets this week’s roundup all to himself. END_OF_DOCUMENT_TOKEN_TO_BE_REPLACED

Not many ultrarunners ventured beyond the Bay State borders to race during the weekend of March 10-11, but those who did fared quite well. Both Deanna Nappi of Jamaica Plain and Tyler Dion of Leominster delivered podium-worthy efforts at races in Virginia and Kentucky, making it a highly successful weekend for the Massachusetts ultra community. Their performances – Nappi at the Bel Monte 50K and Dion at the Land Between the Lakes 60K – are featured in this week’s roundup. END_OF_DOCUMENT_TOKEN_TO_BE_REPLACED

March opened with a flurry as Massachusetts ultrarunners took on courses as close as New York and as far away as Florida and California. Included among the notable performances were Dartmouth resident Brian Tjersland’s effort at the Dunes 100 where he was one of just seven finishers, and Boston resident Robert Lafranee’s top-five finish at the USATF 50K championships in New York. END_OF_DOCUMENT_TOKEN_TO_BE_REPLACED

MassUltra
Create a free website or blog at WordPress.com.