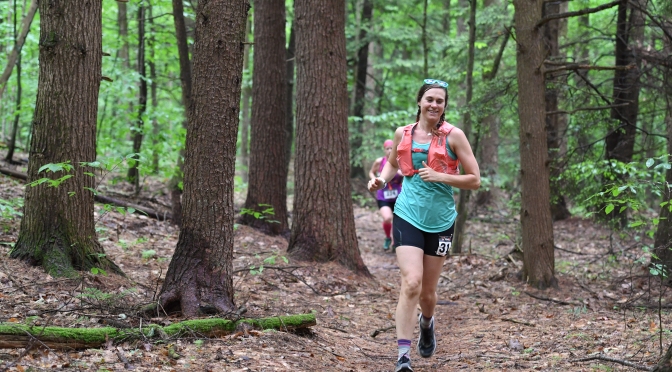 When Alex Bancroft, Race Director for the Berkshire Ultra Running Community for Service’s (BURCS) Vegan Power 50K and 25K trail races, made the decision to make last year’s event virtual in response to the COVID-19 pandemic, she hoped it would be a one-year change with in-person racing returning in 2021.

Though vaccines are slowly being administered in Massachusetts, the pace has not been rapid enough. Governor Charlie Baker’s orders dictate that events of more than 25 people can’t take place until the state reaches Phase 4 of its reopening plan which would require a significant portion of the state’s population to be vaccinated. On Friday, Bancroft said she spoke with the ranger at Pittsfield State Forest where the Vegan Power races take place, and she was told that the likelihood that an in-person event could be approved by June is low. As a result, Bancroft announced that the 2021 Vegan Power trail races will once again be held virtually.

While Vegan Power has traditionally offered 50K and 25K distances, Bancroft has added two additional options for the virtual event — 100K and 5K. The cost to enter is $40 per runner, regardless of the distance selected. Runners have the entire month of June to run or walk their distance and submit their result to Bancroft at veganpower50k@gmail.com.

Entry for the Vegan Power trail races can be done via UltraSignup at this link.