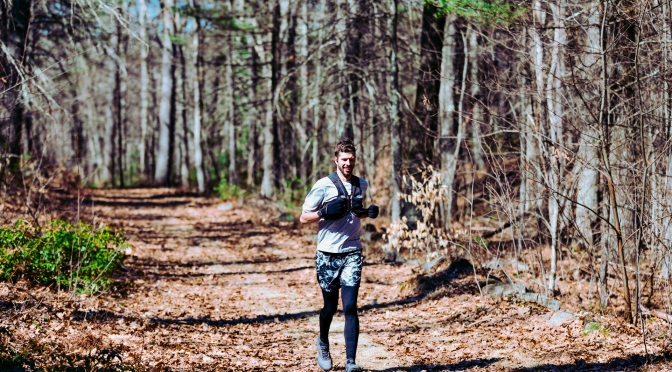 Ever since he was young, Eric Hollis has had a strong curiosity about and deep empathy for the homeless, a part of the population that he says is largely misunderstood and too often ignored.

“I’ve always felt that the homeless community has been forgotten about or misinterpreted,” Hollis said. “I remember being young and going to visit some cities with my family and always wanting to give money to the homeless, who were obviously struggling. Throughout my entire life, I’ve heard the generalized argument about how homeless people did this to themselves, and that they’re just addicted to drugs or alcohol and that was their choice. I’ve always felt like that was the wrong viewpoint and that if given the opportunity to hear their stories the perspective would likely be different.”

As he grew older, the empathy Hollis felt during those trips to places like Boston and New York City only strengthened.

“I’m so fortunate to have grown up in a safe, loving, supportive family, but there are so many young children who are set off-course at such a young age because of their upbringing, and that has always stuck with me,” he said. “In addition to difficult upbringings, there are also many in the homeless community who just struggle with life from things like addiction or mental health. We’re all human beings and we should be looking out for each other and showing each other compassion.”

The need for compassion is as great now as it’s ever been as the world continues to be rocked by the COVID-19 global pandemic. More than 90,000 people in the United States have already lost their lives due to COVID-19, including more than 5,000 in Massachusetts, and residents’ lives have been turned upside down with many people either laid off or in their 10th week of working from home.

The homeless have not escaped the impact of the pandemic, either. In fact, that community has been hit particularly hard. By mid-April, around 240 homeless people in Boston had tested positive for COVID-19, prompting the state to open isolation and recovery sites for homeless people with COVID-19 in Everett, Lexington, Northampton, Pittsfield, Taunton and Worcester. Around that same time, testing at a Worcester homeless shelter found that 49 out of 114 shelter residents (43%) tested positive for COVID-19.

“I read an article in the early stages of the pandemic about the homeless community and the lack of support during all of this and that has been in the back of my mind since,” Hollis said.

Much like during those childhood trips to big cities where he saw homeless people and wanted to help, the 35-year-old resident of West Boylston, Mass., saw an opportunity to make sure that a segment of the population that so often is forgotten would be remembered and supported during the pandemic.

A relatively new distance runner with ultramarathon dreams, Hollis decided he would use his legs to show some heart for the homeless.

“Raising money for charity became a thought after thinking about it during a long trail run,” he said. “I put in a lot of good training throughout the last year and through the winter and want to keep it up, so I decided I would run a solo trail run with the only goal of running until I feel like I can no longer run. Once I decided to go for it, I thought that it would be a good opportunity to raise some money along the way for anyone wanting to help. I researched local organizations in Massachusetts that help the homeless community and decided that the Massachusetts Coalition for the Homeless was a good fit for this effort. They are doing really good things for the community, and it felt right.”

On Sunday, May 31, Hollis will embark on his solo charity run on the Southern New England Trunkline Trail — a trail he has never stepped foot on but which offers smaller crowds for social distancing purposes, non-technical terrain so he can focus on extra mileage, and the opportunity to run out-and-back and use his car as an aid station.

Hollis said he doesn’t have a distance goal for the run, but he is hoping to break some new personal ground. He became passionate about running after being inspired by his Uncle David, a speedy distance runner with two Boston Marathon finishes in the 2:40 timeframe, who passed away from cancer in 2015. Hollis built up from 5Ks to half marathons and then ran his first two marathons in 2019, the New England Green River Marathon (3:57:21) and the Baystate Marathon (4:06:21). He planned to run his first 50K at the TARC To Hale and Back 6-Hour Ultra in late March, but the event was canceled due to the pandemic so he instead logged his first unofficial 50K at Leominster State Forest. Other races on his schedule have also been canceled (Loon Mountain Race, Mt. Washington Road Race) or postponed (Big Sur Marathon).

Hollis signed up for the Ghost Train Rail Trail Race in October with the goal of surpassing the 50-mile mark for the first time. That might still be the case if the event takes place as scheduled, though it’s possible he’ll reach that milestone on his charity run.

“My only goal is to go for as long as I can,” he said. “I’m pretty new to long-distance running, completing my first two marathons last year and my first unofficial 50K this year, so this is all new territory for me. I do have some extra motivation to keep pushing since there have been multiple pledges of $1/mile toward my fundraising goals. The further I go, the more money I raise, so we’ll see.”

Hollis has asked those who wish to support his effort to either make a one-time donation that will go to the Massachusetts Coalition for the Homeless or pledge a dollar amount per mile match. As another option, he has asked supporters to make a one-time donation to a charity of their choice and let him know which one was chosen so he can have a clear picture of the impact of the effort.

“Fundraising is hard, and not everyone is in a position to help, or may not feel as strongly about the cause, so I first set a goal of $500, surpassed that, and am now working towards $1,000,” he said. “I would love to go well beyond that, and to have more people sponsoring me based on a dollar amount per mile I run, but I will be happy to donate any amount that is raised along the way since anything helps. I encourage others that may read this who may not feel as strongly about my chosen organization to consider how they can contribute to something personal to them. It can be a donation, volunteering hours, or even heading out in your own community to help others around you. If there is one silver lining to this pandemic, it’s that we are truly in this together.”