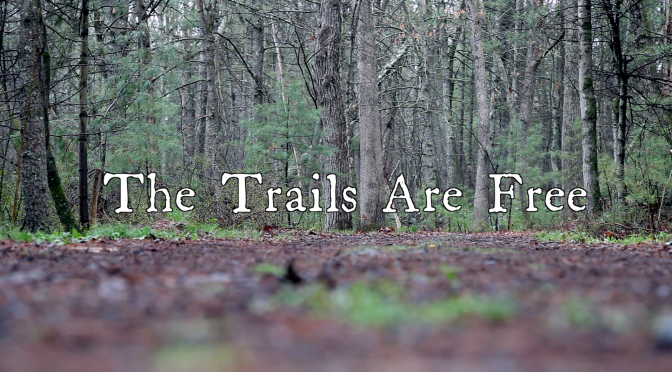 Lindsey Topham didn’t have filmmaking on her mind when she first connected with the Trail Animals Running Club in 2009. Instead, the Boston University graduate student was looking to photograph ultrarunners for a multimedia assignment. Additionally, having recently moved to Massachusetts from California, she hoped to make some new friends who could introduce her to the local trails.

Nearly eight years later, there is excitement in Topham’s voice as she reflects on her early interactions with TARC, how her connection to the organization blossomed both behind the camera and as a runner, and where her journey ultimately led.

For Topham, what started as a photojournalism project and weekend runs with friends evolved into the planning and production of a 53-minute documentary film about the Trail Animals and their commitment to protecting the culture of ultrarunning. Filming began in 2013 and production concluded in 2016. Now, it’s ready for the big screen.

“I didn’t think February would ever get here,” Topham said with a laugh. “Now it’s here, and it’s a little scary.”

Topham’s film, “The Trails Are Free,” makes its debut at 5:30 p.m. Sunday, Feb. 26, at Capitol Theatre, 204 Massachusetts Ave., in Arlington. Tickets are available for purchase for $10 via UltraSignup.com. Around 50 tickets were still available as of Wednesday afternoon.

Although documentary filmmaking wasn’t on Topham’s radar when she began running with TARC, the seeds for the story were planted during those early runs in the winter of 2009 and in the months that followed. She joined Bob Crowley, Chris Haley, Chris Martin and a few others – usually between five and 10 runners – for weekend runs at the Blue Hills Reservation in Milton, Mass.

“They didn’t have the race series at the time, just ‘Don’t Run Boston,’” she said, referencing the iconic no-frills 50K and 50-miler that takes place the weekend before the Boston Marathon each year.

In 2011, the Trail Animals launched the inaugural TARC Trail Series. Crowley invited Topham to be the official race photographer, and she became a well-recognized face along race courses. She captured moments with her camera, but she also was an astute observer of the way the Trail Animals operated. Entry fees were dirt cheap to make races accessible to anybody; keeping the trails litter-free was emphasized; runners were encouraged to take care of one another. Yes, somebody would win the race, but there were deeper values to be embraced regardless of pace.

The bond of the ultrarunning community resonated with Topham. This was a special community with a story to tell.

As it turned out, Topham needed a story.

“I was looking for a longer-form project because the degree I was getting at Boston University had this seven-year, open-ended master’s thesis that I had to finish,” she said. “I was looking for a story, and it was three years into this seven-year window I had to finish it. I was driving out to Weston to cover a race, and I thought, ‘Why don’t I do my story on this?’”

Topham began filming TARC races in 2013 using her Canon 5D Mark II DSLR camera and small GoPros. She collected footage from numerous races, and a massive quantity was shot during the inaugural TARC 100 in June 2013 in Weston, Mass. Both she and her husband shot video throughout the race, and one of the 100-mile runners – Michael McDuffie – wore a GoPro for a full 25-mile loop of the course to provide footage from a runner’s perspective.

Beyond the races, Topham also conducted interviews with numerous runners.

“I interviewed a lot of people who weren’t included in the film, and I asked them questions about what drew them to the sport and what it means to them,” she said. “I saw this theme of, ‘I didn’t think I was a trail-runner until I found this group.’ That was really compelling to me.”

She had so much footage and had recorded so many good stories. Still, Topham wasn’t certain that TARC culture would become the story. Ultimately, the consistent theme became clear to her as she reviewed footage.

“When I started out I wasn’t sure it would be this story about protecting culture, but I knew that’s what drew me to the club,” she said. “I loved the fact that there were these old-timers sharing their love of the trails with younger runners. Looking at the ultrarunners in California, I was really intimidated by those people with their packs and gear. Then I met Bob and Chris in Boston. They were these normal guys doing incredible things, and they made the sport feel accessible to me. So I wasn’t sure if this would be the story, but that emerged over time.”

Included in Topham’s collection of footage was an interview with Howie Breinan, one TARC’s early members and the founder of “Don’t Run Boston.”

“I really think his race and the culture of ‘Don’t Run Boston’ kind of permeates and lives in all of the races that TARC has,” Topham said. “Actually, the title of the film comes from a line that he says. He says, ‘The trails are free, and we are just trying to share that love.’ That’s a great message, and that’s true in every race at TARC. My interview with him set the tone for what I was doing throughout the rest of the film.”

Ultrarunning has exploded in popularity nationwide in recent years – including here in Massachusetts. During the early days of TARC in the 1990s, “Don’t Run Boston” was one of perhaps two ultramarathons offered in the Bay State. In contrast, more than 25 ultramarathon events will take place in Massachusetts in 2017. As the sport has grown and TARC membership has surged from just a handful of runners to more than 4,000 (based on the club’s Facebook group page), the club has sought to welcome newcomers to the sport while maintaining its grassroots style and preserving the values upon which it was founded.

Topham points to McDuffie – who filmed the muddy 25-mile loop of the TARC 100 for her – as an example of the Trail Animals’ culture in action.

“I saw him go from just a runner in the club to organizing races,” she said of McDuffie, who is the co-race director of the TARC Spring Classic. “I wanted that to be a part of the story that they were passing (the culture) along to the younger generation.”

For his part, McDuffie said the people are what made him want to be a part of the Trail Animals, and they’ve shaped who he is today.

“I’ve always said I came to Boston not knowing anyone; I just came here to go to school,” said McDuffie, a New York native who lives in Medford, Mass. “Grad school was kind of lonely with a lot of time spent studying and learning, and I got into running longer distances but I didn’t know anybody. One day I randomly went on a TARC run, and that was the day I met Sam Jurek and got introduced to so many awesome people that TARC became my social circle for running-related things and non-running things. There are so many good people who I like spending time with. For me, TARC is the epicenter of that.”

McDuffie hopes to bring some of those people together to fill the Capitol Theatre on Sunday. He helped organize the screening of “The Trails Are Free” because he saw it as an opportunity to bring the TARC community together to learn about and celebrate its history.

“The Trails Are Free” has only been viewed by a few dozen people so far, but it already has gained some international recognition. British journalist and ultrarunner Ian Corless featured Topham as a guest on his global Talk Ultra podcast in January to discuss the film. In addition, Topham has submitted the film to multiple film festivals for consideration.

Sunday marks the official debut of “The Trails Are Free.” Topham will be in attendance for the screening, and she admitted that she is anxious to share her film with a larger audience.

BUY THE FILM – WITH A SPECIAL DISCOUNT FOR MASSULTRA READERS

“The Trails Are Free” is available for purchase and on-demand streaming through Vimeo. The film costs $14, but from February 27 through March 6 readers of MassUltra.com can receive 10 percent off of their download using the promo code “massultra” at checkout. The offer is limited to the first 100 downloads.