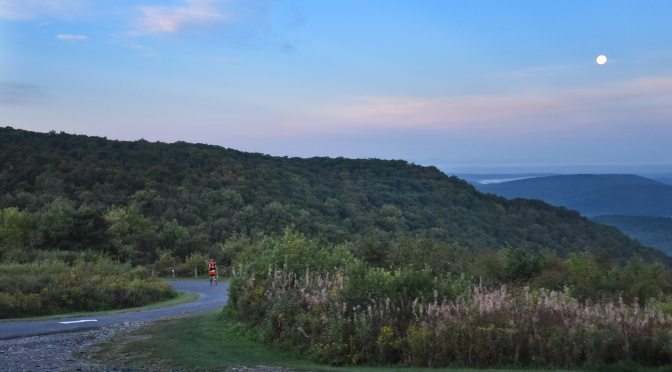 A day of tough running on technical trails awaited runners as they gathered at the starting line Saturday morning, Sept. 17, at Pittsfield State Forest in Pittsfield, Mass., for the second annual Free to Run Trail Races.

The event, which was organized by the Berkshire Ultra Running Community for Service (BURCS), included a 50-mile ultra, as well as a trail marathon and half marathon. Trail and ultrarunning opportunities are abundant throughout Massachusetts and greater New England, as many of the event’s participants know and appreciate. On this day, however, they were running to help provide similar opportunities for women and girls in other parts of the world where chances to run, hike, and explore the outdoors are limited or nonexistent.

Proceeds from the event go to the race’s namesake, Free to Run, a nonprofit organization founded by ultrarunner Stephanie Case that, according to the organization’s website, has a mission “to use running, physical fitness and outdoor adventure to empower and educate women and girls who have been affected by conflict.” Currently, the organization operates a sports activity program in Afghanistan, as well as a hiking program for female refugees in Hong Kong. The organization also has worked in South Sudan.

Michael Menard, co-race director, is an avid reader of Case’s oftentimes humorous and entertaining running blog. He was moved when he first learned about Case’s plans for her organization that, at the time, was just in the developmental stages.

“I was really intrigued by what she was doing,” recalled Menard, who coaches girls’ cross country at Taconic High School in Pittsfield. “This seemed to me to be an amazing thing that she was trying to do. We all know that equality comes from very small, patient steps. There are women from cultures that don’t allow them to participate in an athletic sport or that discourage them from participating, but you really can raise that bar for equality through sport. I thought it was a compelling idea to work with (Case) to help raise awareness for equality through women’s sports.”

Free to Run made an ideal partner for BURCS as it reinvented its 50-mile race, originally known as the Hancock Shaker Village 50 from 2012-2014. The Free to Run mission has touched many in the BURCS community during the past two years, co-race director Jake Dissinger said.

“Free to Run does amazing work around the world, and it’s really an honor to be able to put these races on in support of their mission,” Dissinger said. “While raising money through the race is great, the main motivation for me as an RD is helping spread their message. Over the last couple of years, we’ve had runners from our local BURCS community support Free to Run on their own in numerous ways such as fundraising on their own, donating, coaching, or just generally sharing Free to Run with their friends on social media, which has been really fun to see.”

For the second straight year, runners were treated to words of education, motivation, and inspiration from Zahra and Farahnaz, two girls from Afghanistan who now study in the United States and are avid runners. They shared personal accounts of their lives and limitations while growing up in Afghanistan.

“They just put everything in perspective,” Menard said. “The courage that they have, and the fact that they’ve come over here and are running our race that we put on for this, it makes you feel good about putting on this race.”

With a strong dose of perspective and motivation to dig deep through adversity, runners took on the course and its many challenges with added resolve.

“Zahra and Farahnaz are both amazing speakers in front of the group and always back it up with strong running performances,” Dissinger said, noting Farahnaz’s fourth-place finish overall out of 36 in the half marathon and Zahra’s 10th-place finish out of 30 in the marathon. “For everyone to be able to hear about how they overcame so many obstacles to get to where they are really helps put things in perspective as the runners head out for a tough loop or struggle up a climb.”

The 50-mile course consisted of four 12.5-mile loops on technical trail with numerous long climbs and approximately 3,000 feet of vertical gain per loop, or more than 12,000 feet of gain for the race. The race was highly competitive, and Dissinger noted that he was thoroughly impressed with the numerous high-level performances on the tough trail.

Nobody ran faster than Scott Gregor. Fresh off of a top-15 finish at the Vermont 100 in July, the 29-year-old from New Britain, Conn., blazed to a course-record time of 9:12:58 in earning the overall victory.

“Michael (Menard) and I always thought that 10 hours would be a superhuman effort for the 50-miler given the tough 12.5-mile loop,” Dissinger said. “Scott Gregor proved us wrong.”

The second- and third-place finishers in the 50-miler also surpassed Mintz’s record time. John Kemp, 48, of Sheffield, Mass., narrowly missed dipping under the 10-hour barrier as he crossed the finish line in 10:00:29. Additionally, Charles Hornbaker, 34, of Brighton, Mass., followed up a sub-25-hour finish at the Leadville 100 last month by placing third in 10:06:46.

Another notable performance was delivered by Maartje Bastings of Jamaica Plain, Mass. Bastings became the first female to finish the Free to Run 50-mile race, and she did so in impressive fashion as the 32-year-old placed fifth overall in 11:23:54. The race was Bastings’ first since earning a sub-25-hour finish at the Leadville 100 last month.

Gregor, Hornbaker, and Bastings all are headed to Virginia in October to compete at the Grindstone 100.

Course-records were set in both of the shorter races on Saturday. In addition to Mintz, 46-year-old Amy Paige of Pomfret Center, Conn., set a women’s course record in the marathon with a time of 5:48:10. Paul Rohde, 27, of Cambridge, Mass., set a course record in the half marathon with a winning time of 2:11:41, while 29-year-old Aubrey Cook of Westfield, Mass., ran the third-fastest time for a female on the half marathon course with her winning time of 2:30:57.

As the event wound down late Saturday night with Tara Mayo of Lincoln, Vt., crossing the 50-mile finish line a few minutes before midnight, it capped an emotional and uplifting day for the BURCS organization. They pulled off a successful race and fundraiser, helped numerous runners set personal records for distance covered in a day, and enjoyed community-wide support that included volunteer efforts from runners, family members, and even Menard’s cross country team at Taconic High School.

Additionally, Menard said entries grew from around 85 in 2015 to around 105 this year between the three distances. The event raised $5,250 for Free to Run in 2015. A total for 2016 hasn’t yet been tallied, but Menard and Dissinger are optimistic that the growth of this year’s event will help produce an even larger donation.

“It’s very fulfilling,” Menard said of the increased participation in the event among runners and volunteers. “We’re amazed by it, we really are. All of the BURCS races have grown every single year, and we feel that the people are resonating with what we’re trying to do with the races. We’re not in it for any other reason than to support causes. Literally every cent is given; we don’t keep anything for ourselves. Not only are we getting repeat people, but now they’re bringing their mothers and fathers and friends. The Berkshires is a small community, but everyone is coming, even from outside of town, and now we know them by their first names. That’s really gratifying.”

MassUltra would like to thank Ben Kimball for providing photos from the Free to Run Trail Races to go with this article. Please check out his additional Free to Run photos on his website here.