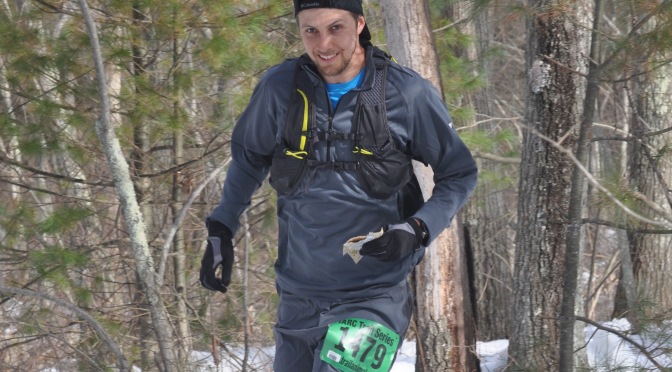 Joe McConaughy has earned plenty of recognition for his solo endurance exploits in recent years, most notably for setting the unsupported fastest known time (FKT) on the Appalachian Trail in 2017 and then establishing a new FKT on Ireland’s Wicklow Round in May 2018.

McConaughy has done his fair share of racing, too. The 27-year-old Boston resident has top-10 finishes to his credit at the 2016 Bear Mountain 50-miler, the 2017 Gorge Waterfalls 100K and Lake Sonoma 50-miler, as well as wins at the TARC To Hale and Back 6-Hour Ultra in 2016 and 2018 and a win at the Stone Cat 50-miler in 2016. He added to his resume a seventh-place finish at the Ragged 50K on Aug. 12 in New Hampshire, which served as a final tune-up for his first major international race.

On Friday, Aug. 31, McConaughy stood at the starting line of the CCC in Courmayeur, Italy, in Wave 1 of a multi-wave start for the 101-kilometer race that spans three countries as part of the Ultra Trail du Mont Blanc (UTMB) festival. McConaughy and more than 2,100 other runners were about to race through the Alps, working their way through Italy, into Switzerland, and ultimately to France where the finish line awaited in downtown Chamonix.

McConaughy hammered the climb out of Courmayeur, up over the nearly 8,500-foot Tete de la Tronche, and down to the first aid station at Refuge Bertone. He had already established his position in the top 60 during those first nine miles, and he held his ground the rest of the way. He cruised through the next eight miles, and then marched up and over the Grand Col Ferret (8,169 feet) where he crossed the border and dropped down into Switzerland. By the time McConaughy raced into Champex-Lac – the lone hot foot aid station on the course at 55.59 kilometers – he had moved into the top 50.

McConaughy traded places with a few runners during the final 46 kilometers while making three more big climbs. He marched into La Flegerie (94.08 kilometers) by the glow of his headlamp, and from there he just had 4 1/2 miles and 2,800 feet of downhill running to the finish line. McConaughy picked off two runners during that final stretch, reclaimed the 47th spot in the overall standings, and raced through the streets of Chamonix and under the finish line arch in 13:26:21.

Unlike most runners in the field, McConaughy finished before midnight and would get to go to sleep in a bed that night.

Boston resident Matthew Swoveland also earned a trip across the finish line in the CCC. Swoveland raced patiently, handling the long climbs and steep descents, as well as the steady rain and cold temperatures. In doing so, he gradually worked his way through the field, outlasting other runners done in by the conditions. He moved up more than 500 spots in the field as the race wore on, and he ultimately reached Chamonix and crossed the finish line with a little more than an hour to spare, finishing 1,344th overall in 25:17:32.

One Massachusetts resident – Winchester’s David Souza – was entered in the week’s signature event, the 170-kilometer UTMB, but his race didn’t go according to plan. Following the 6 p.m. start, steady rain and cold temperatures, Souza’s race ended after 31.8 kilometers at the Les Contamines Montjoie aid station shortly before midnight. Of the 2,561 runners who started the race, 1,779 finished within the 46 1/2-hour time limit. Xavier Thevenard of France won the race for the third time, posting a time of 20:44:16.

Beyond the CCC and UTMB, Massachusetts residents also took part in the 121-kilometer TDS and the 40-kilometer MCC. Tim Finocchio of Holbrook took on the TDS and its nearly 24,000 feet of climbing while racing from Courmayeur to Chamonix. Finocchio was one of 1,799 runners to start the race, and he was among the faster part of 1,329 who finished within the 34-hour time limit. Finocchio placed 322nd overall in 24:17:53.

Marcin Swierc of Poland was the overall winner in 13:24:00, edging American Dylan Bowman by 62 seconds. Bowman was followed 41 seconds later by Russian Dmitry Mityaev to round out the men’s podium. Audrey Tanguy of France was the women’s winner in 16:05:22, holding off American Rory Bosio by 14 minutes.

In the MCC, Boston resident Katka Smolarova finished 82nd overall and ninth among the women’s field in 5:24:09. Of the 875 runners who started the race, 844 finished. Cesar Costa of Switzerland was the overall winner in 3:35:41 while Kate Pallardy of the United States was the first-place female in 4:30:54.